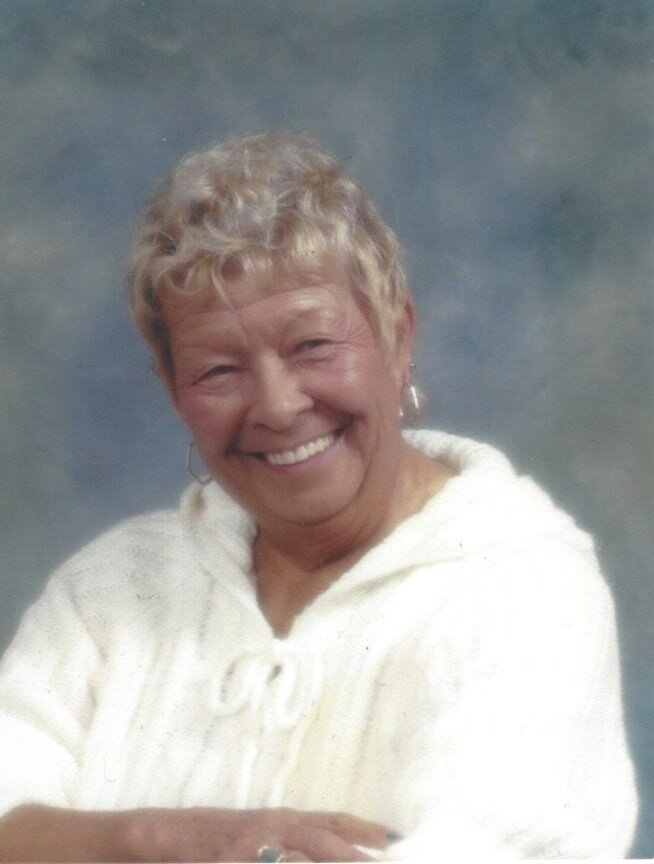 The Remembrance Store
Send Flowers
Obituary
Please share a memory of Eleanor to include in a keepsake book for family and friends.
View Tribute Book
, Eleanor Elise (Cragg), age 81 formerly of Hudson Bay, Watson, and most recently Melfort, SK passed away peacefully in her sleep Saturday August 20, 2022 at Parkland Place in Melfort, SK. Eleanor was born on September 25, 1940 in Shellbrook, SK. As a young child she lived in Vancouver with her Grandmother until the age of ten when she moved back to Melfort to join her father and step mother. She was the middle child with two older brothers, Fred and Gary, and two younger sisters, Dianne and Christine. In 1958 Eleanor met and married Avery Sigfusson, and following their marriage made their home in Watson, SK. It was there that their two sons were born; Lee Robert, born August 10, 1960, and Kelly Martin, Born December 27, 1961. In 1966 Avery’s job with SaskPower took them to Hudson Bay, SK where they raised their family until 1984, where a promotion for Avery took them back to Watson, SK. In 2016 Eleanor moved to Melfort to be closer to her family. She resided in her condo there until moving to Parkland Place in 2019. Eleanor’s primary role was that of wife. mother, and grandmother and she dedicated her time to caring for her family. She was her children’s best fan as she cheered them on at many sporting events throughout their youth., which carried on to her grandchildren’s events as well. She was an active member of the Anglican Church, Minor Hockey Association, and Community Club. As her children grew older she worked part time as it helped to fulfill her love of spending time with people. Eleanor most enjoyed visiting and having coffee with friends old and new. She could easily strike up a conversation with someone she just met, or have lengthy conversations over a cup of coffee with old friends. She was a gifted story teller and could keep an audience entertained for hours with her humorous tales. Eleanor was preceded in death by her husband Avery, son Lee, Mother Nell (Egg) Cragg, Father Robert Cragg, Step Mother Anne Cragg, brothers, Fred and Gary Cragg. She is survived by sisters Christine (Blair) Anderon and Dianne (Harvey) Pollock, her son Kelly (Shannon) Sigfusson, daughter-in-law Kelly Joy, Grandchildren Nolan (Lanna) Sigfusson, Kristie Sigfusson, Brandon Sigfusson, Jenna (Cameron) Grant, Kendra (Garett) Wright and her great grandchildren Luke, Kate, Sam, Ava, Karsin, Jaxon, Camden, Parker, Paxton, and Layla. Her Celebration of Life will be held at All Saints Anglican Church in Melfort, SK on Saturday August 27, 2022 at 10:30 AM. The family would like to express thanks for the wonderful help and care provided by Dr. Zerr and staff at Parkland Place. Memorial contributions in memory of Eleanor may be directed to Parkland Place Residents Council, Melfort, SK
To send flowers to the family or plant a tree in memory of Eleanor Sigfusson, please visit Tribute Store
Read More
Print
Events
August
27

Refreshments and fellowship will be held in the church hall immediately following the service.
Aug
22
Online Memory & Photo Sharing Event
Online Event
About this Event

Look inside to read what others have shared
Family and friends are coming together online to create a special keepsake. Every memory left on the online obituary will be automatically included in this book.
View Tribute Book
Share A Memory
Send Flowers
Plant a Tree